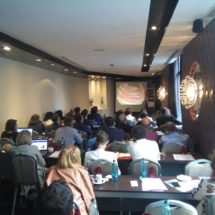 Recordati finalizes its acquisition of Laboratorios Casen Fleet in Spain

Milan, 21 October 2013 – Recordati announces the successful conclusion of the acquisition of 100% of the share capital of Laboratorios Casen Fleet S.L.U., a Spanish pharmaceutical company with headquarters in Madrid and production facilities in Utebo, Zaragoza. The value of the transaction (enterprise value) is of € 93 million of which € 89.5 million were paid at the closing.

Casen Fleet primarily markets internally developed drugs principally in the gastroenterological therapeutic area in Spain and Portugal through its own organisation and in other countries through partners. Approximately 55% of revenue is generated by a line of products used in the preparation for colonoscopy. The main product in this line is Citrafleet, already marketed by Recordati in Germany. The company’s product portfolio also comprises oral rehydration products, probiotics and OTC brands for gynecological use. Approximately 80% of revenue is generated by private payers and is therefore outside public healthcare reimbursement schemes. Casen Fleet develops and manufactures most of its medicines in its own facility in Utebo, Zaragoza, which occupies an area of 23,165 sq. m. The company employs around 230 people and sales in 2012 are € 45.3 million.

Recordati, established in 1926, is an international pharmaceutical group, listed on the Italian Stock Exchange (Reuters RECI.MI, Bloomberg REC IM, ISIN IT 0003828271), with a total staff of over 3,300, dedicated to the research, development, manufacturing and marketing of pharmaceuticals. Headquartered in Milan, Italy, Recordati has operations in the main European countries, in Russia, in other Central and Eastern European countries, in Turkey and in the United States of America.  A field force of more than 1,700 medical representatives promotes a wide range of innovative pharmaceuticals, both proprietary and under license, in a number of therapeutic areas including a specialized business dedicated to treatments for rare diseases. Recordati is a partner of choice for new product licenses for its territories.  Recordati is committed to the research and development of new drug entities within the cardiovascular and urogenital therapeutic areas and of treatments for rare diseases.  Consolidated revenue for 2012 was € 828.3 million, operating income was € 167.0 million and net income was € 118.5 million.

Statements contained in this release, other than historical facts, are “forward-looking statements” (as such term is defined in the Private Securities Litigation Reform Act of 1995). These statements are based on currently available information, on current best estimates, and on assumptions believed to be reasonable. This information, these estimates and assumptions may prove to be incomplete or erroneous, and involve numerous risks and uncertainties, beyond the Company’s control. Hence, actual results may differ materially from those expressed or implied by such forward-looking statements. All mentions and descriptions of Recordati products are intended solely as information on the general nature of the company’s activities and are not intended to indicate the advisability of administering any product in any particular instance.

Go back to news